Mads Mikkelsen is joining the cast of Indiana Jones 5, according to an exclusive report from Deadline. Thus far, Lucasfilm has only released a limited amount of information about the plot of the upcoming Indy flick, and the details of who Mikkelsen is playing are still murky.

Marvel Blog readers are most likely to know Mikkelsen from his role in 2016’s Doctor Strange in which he played Kaecilius, the mystical master of the martial arts – a role the actor choose so that he could master his flying armbar (just like Oscar Isaac‘s Brooklyn Zoo fun in preparation for his role in Moon Knight). 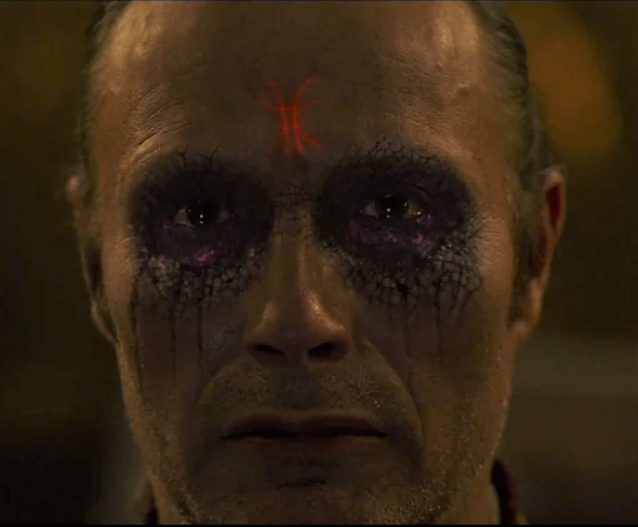 In fact, the Hannibal star told Entertainment Weekly that he chose the Doctor Strange role expressly for its physicality and stunts.

It’s flying kung fu! I didn’t hesitate. [Director] Scott Derrickson was pitching the story on the phone, and within five minutes he said something about kung fu, and I said, “Say that again.” “Well, there’s a lot of physicality, kung fu, and obviously you don’t have to do the whole thing, we have stunt guys.” “I’m on! I’m doing the whole thing! I’m on!” [Laughs] It’s a childhood dream. Bruce Lee was my biggest hero and still is. At the age of 50, you get to do stuff that you probably should have done when you were 15. But hey, who am I to say no?

Mikkelsen apparently likes the physicality of certain roles, so it’s a good bet that his role in Indiana Jones 5 will allow the actor to channel his biggest hero once again. I hope the actor will bring his A-game, he just earned some of the best reviews of his career in the Danish film Another Round, according to Variety.

James Mangold (Oliver & Company, The Wolverine, Logan) is taking over as director of the Indiana Jones franchise for its latest installment. Although Steven Spielberg won’t be directing Indiana Jones 5, he’s still very much involved in the project serving as the film’s producer. For all of the things, and there were many that I freed myself from in the canon, in the baggage, to try and make the best story. The core values of Logan, of Wolverine, and Charles Xavier and the X-Men, were something that I felt we never abandoned. The core ideas of their honor, their sense of duty, and the uniqueness of this particular set of characters that they were outcasts, oddities. Beings that had no home in this world, and yet we’re trying to do good. Were trying to do something right and find their way. Those core issues were at the heart of the movie. And in any franchise I take in, I’d always be trying to capture and make sure that we preserve those core ideas that are at the center, because that’s why these stories are more than franchises. They’re the fairy tales of our contemporary culture.

In addition to Spielberg, Kathleen Kennedy, Frank Marshall, and Simon Emanuel will join Spielberg as producers, and John Williams, who’s written every score of the 40-year-old franchise, is returning as the composer for Indiana Jones 5.

Although Lucasfilm hasn’t confirmed a production schedule yet, it should start filming this summer and will be released on July 29, 2022.