In an announcement made on Monday, October 4th, 2021, Marvel Comics revealed that Marauders will be returning in January with Marauders Annual #1 by Steve Orlando and Crees Lee, and continuing with an ongoing title that features a new direction for the team (who will still be focused on rescuing wrongfully incarcerated mutants).

And just wait until you see the FULL roster, folks… https://t.co/T1UmDXw7kQ

According to the details revealed about the title, the story will see Kate Pryde and her team of mutants attempting to rescue Daken from the clutches of Brimstone Love, a 2099 villain who is now making his debut in the 616! In addition to Pryde, who I trust will be well-depicted as a Jewish woman thanks to the capable writing of Orlando (just take a look at the Star of David on her collar in Russell Dauterman’s main cover for the annual), the Marauders team will include Psylocke, Aurora, Tempo, and Somnus, the new mutant who was first introduced by a story in Marvel’s Voices: Pride #1 by Orlando and Claudia Aguierre, with a character design by Luciano Vecchio (who tweeted out a congratulations to his co-creator on social media).

Congrats @thesteveorlando !
And for those wondering where SOMNUS would appear next: https://t.co/dF36PlMvPx

If you haven’t had a chance to read “Man of His Dreams,” the story that first introduced Somnus, you can do so right now on the Marvel Unlimited app.

And if you’ve been following the Marvel’s Voices books, you’ll also be familiar with Lee’s work thanks to Marvel’s Voices: Identity, in which he illustrated “Jimmy Woo 1959,” the Greg Pak-written story that featured none other than Agent Woo (who stole the show on the first season of WandaVision, where he was played by Randall Park).

Hey, @creeesart, who drew the Jimmy Woo story I wrote for the Marvel's Voices: Identity anthology, is drawing MARAUDERS! https://t.co/cSM7ZRMQiT

Marauders Will Be Swashbuckling in January

Will you be picking up Marauders Annual #1 when it arrives at your local comic shop on January 16th, 2022? Which mutants do you hope to see guest star in future issues of the ongoing title? 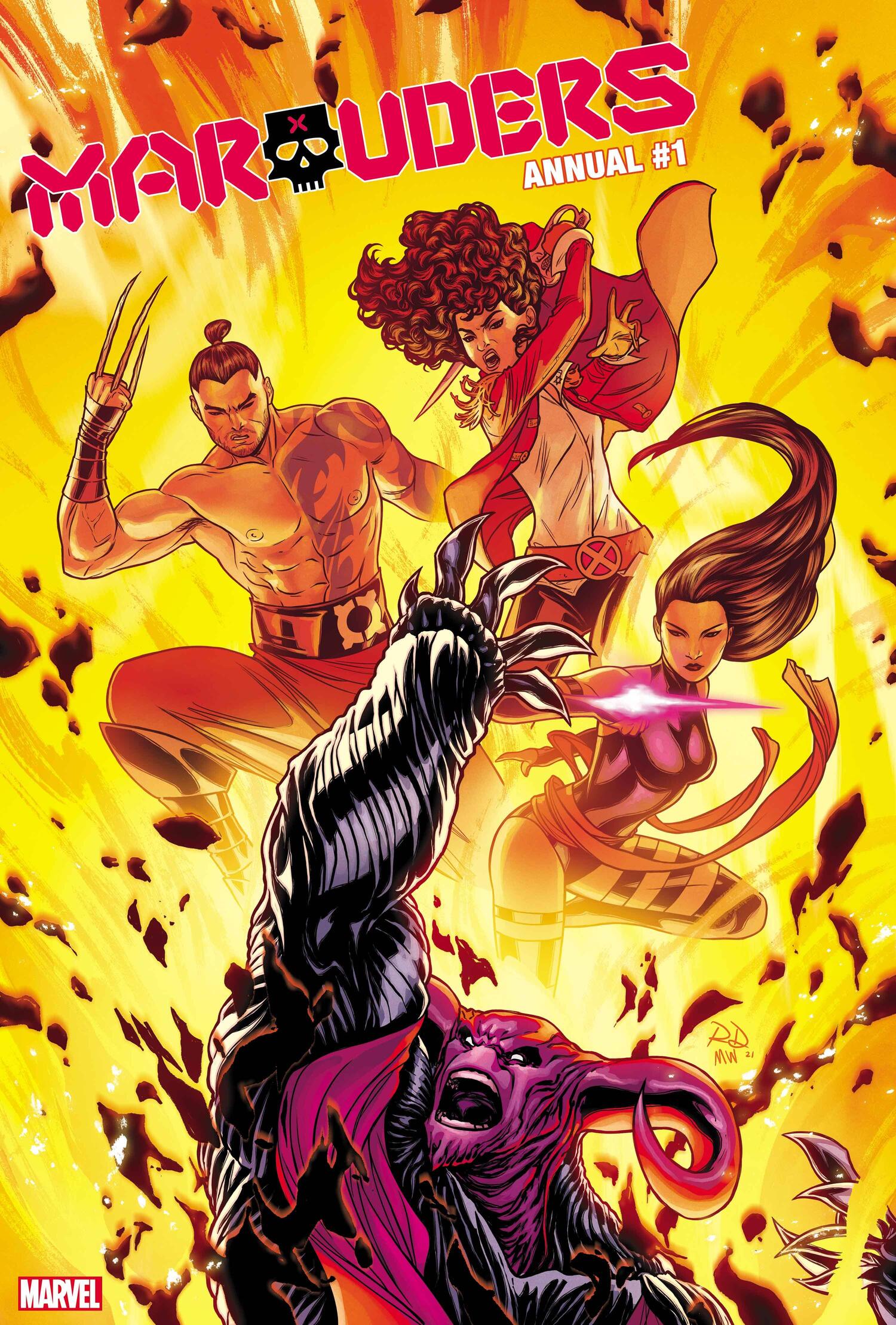