This week, Loki admits that he has a crush on Loki. Later, Loki acknowledges that she likes spending time with Loki, too.

That may sound like a LOT of Loki, but I promise you we’re just getting started.

Let’s talk about Loki episode 1-4, the one where we get to the fireworks factory…and it explodes. WARNING: This discussion includes massive spoilers. If you haven’t watched the show yet, please go watch. Then, come back and read.

Ravonna Renslayer Is a Jerk

We start this episode with a flashback from Loki’s childhood. No, not that one. I mean Sylvie, who is having a grand old time playing with her toys.

She seems to be dreaming of mythical Valkyries, the kind which she believes no longer exists due to noble sacrifice.

Ravonna Renslayer, the TVA Judge, was apparently once an agent like Mobius. Her assignment involved securing a small girl…and she failed.

The understandably confused Sylvie teleports into the TVA facility, where she learns that Ravonna will kill her.

As the Goddess of Mischief, Sylvie plays a trick. She swipes the teleporter that allows her to go anywhere in history. Yes, Lady Loki has escaped the TVA since she was a child. Meanwhile, Ravonna gets sent to the principal’s office.

The all-powerful lizards ask to see her. Unfortunately, we don’t know what happens here, as the show cuts to the opening credits.

No, not those Kang time lizards. This one is from another timeline. Photo: Marvel/Hulu

However, I can say, in all honesty, that I knew at this moment that the lizards weren’t real. Spoiler: They’re not.

We fast forward to the current day, whenever that is, and Ravonna confides with her dear friend, Mobius. Apparently, C-20 went nuts and had to die. Of course, given that we just watched Ravonna kidnap someone, we immediately presume she’s lying. Partial credit.

Back at Lamentis-1, Loki and Lady Loki are ready to die. However, they share a moment before then. It’s…romantic? Sincere?

I dunno actually know how best to describe it, but the action triggers another Nexus Event.

This spike allows the TVA to track down and recapture both of them.

Lady Sif Is a Jerk

Loki hurt Mobius’s feelings. The TVA agent trusted the God of Mischief, which is on him, really. Anyway, the betrayal causes him to describe Loki as a “bad friend.”

Loki recognizes he’s about to get thrown in Time Jail (remind me to write a book with this title) and desperately tells Mobius the truth. 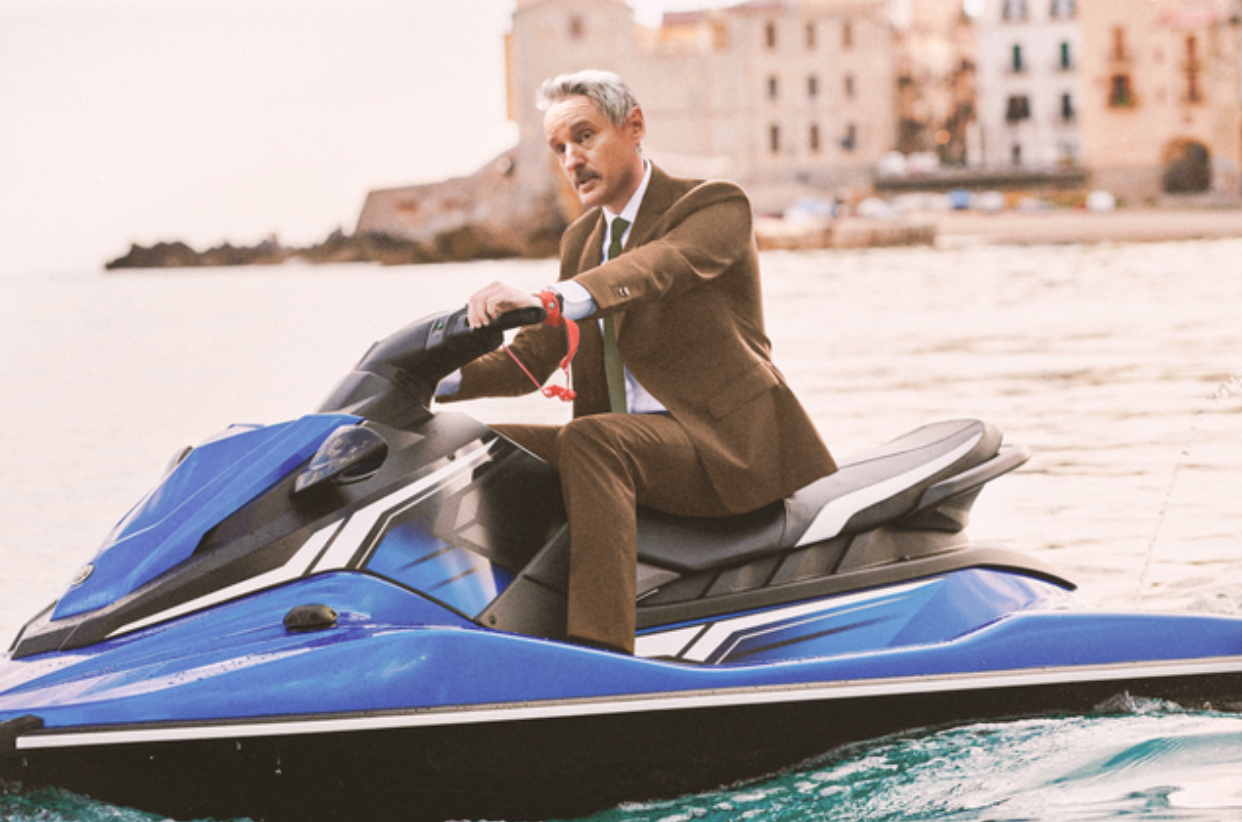 All members of the TVA are Variants, humans taken from the timeline to work there. Mobius doesn’t believe him.

So, Loki winds up in a time loop wherein he has committed the ultimate offense. He has cut off part of Lady Sif’s hair. Ooh! Someone has read their Norse mythology! That’s a real fable, although also something that happened in the comics.

Anyway, Jaimie Alexander returns to the MCU for her best gig ever. She gets to punch Loki and then knee him in the balls over and over again.

Basically, Loki is Dormammu, and Sif is Dr. Strange.

Back at the TVA, Hunter B-15 feels a bit off. That enchantment spell stirred some memories in her that she shouldn’t have.

Herein lies the crux of the episode. Mobius takes Loki out of Groin Shot Hell long enough to ask a few more questions. The TVA has been busy pruning… Photo: Marvel Studios

Loki reveals the truth about Variants, which Mobius doesn’t believe. A similar scene unfolds among the women.

Hunter B-15 helps Sylvie escape to a place where they can talk, the Roxxcart from two episodes ago. There, Lady Loki tells her the truth. Unlike Mobius, Hunter B-15 learns through another enchantment, allowing her to experience other memories. She knows the truth.

Ravonna Renslayer Is an Even Bigger Jerk

To his credit, Mobius suspects something. He shares a drink (well, two) with Ravonna, wherein she once again plays theremin music before conversing.

I’m mentioning this because my wife is convinced this matters, and she’s almost always right about this stuff. Anyway, Mobius presses his friend on some stuff while she reassures him that everything is fine.

The TVA agent pulls the old switcheroo with their tablets before heading to the library to look at old footage.

This video reveals that C-20 also learned the terrible truth about being a Variant. Ravonna appears to have killed her for it, although that’s not shown onscreen.

So, Mobius knows that he’s a Variant. Loki wasn’t lying.

Meanwhile, his definitely, maybe girlfriend falls somewhere between liar and murderer. Unbeknownst to him, she’s also a kidnapper. We’ve officially established who the villains and heroes are in this piece. As Mobius surmises, “So, I just have to trust the word of two Lokis.”

Hey, you trusted your work wife, and she’s complicit in some sort of fake omnipotent lizard conspiracy. How much worse could this be?

Moments later, Ravonna tells a security guard to use his glow stick of disintegration on Mobius. A break-up text would have been better. Owen Wilson’s character, whom Marvel had indicated would prove integral to the MCU in Phase Four, appears dead. Hold that thought until next week, though.

I say this because we’re about to have a showdown. Sylvie and Loki are off to see the wizard lizards, who have requested a parlay.

These two work in tandem now, as they’ve accepted the fact that they share a strange connection.

In fact, the late Mobius sussed out the fact that they possess feelings for one another, which is the grossest thing since Philip J. Fry became his own grandfather.

I don’t think that even Elon Musk is narcissistic enough to fall for the female Variant of Elon Musk. This is weird.

However, the storyline works because the Lady Loki casting has proven pitch-perfect. And that’s vital to this fight scene. I say this because Hunter B-15, Loki, and Sylvie square off against TVA agents and that jerk, Ravonna Renslayer.

In the background, the all-powerful space lizards watch, something that strikes me as weird. If they’re so tough, why don’t they do the enforcing? Moments later, we find out why when the middle one, the dude who looks the most like Kang the Conqueror, loses his head.

Oh wait, it’s an Audio-Animatronic. How very Disney of Marvel! Yup, the space lizards in this scene are as fake as the puppets on It’s a Small World!

Loki and Sylvie win the fight, but they don’t get to celebrate. Before they can, the previously knocked-out Ravonna Renslayer awakens.

That jerk stabs Loki with the disintegration weapon, killing him and leaving Sylvie as the only Loki. What is grief but love persevering? Photo: Looper

She disarms Ravonna and takes the weapon, telling the woman that she wants to know everything about the TVA.

If this were the sixth and final episode of the season, it would seem like Sophia Di Martino has replaced Tom Hiddleston as Loki.

The rules in comic books and soap operas generally work the same. Nobody ever stays dead forever.

For Loki, death lasts a matter of…however long the credits were. Whoops, I should specify here for clarity. For Tom Hiddleston’s Loki, the return happens sooner than the time between Avengers: Infinity War and Avengers: Endgame.

The God of Mischief awakens in some other dystopian realm, only he’s not alone. Four other people/reptiles greet him. No, he’s not meeting the actual power behind the TVA. Instead, Loki encounters…four other Variants of Loki.

One of them signifies a phenomenal joke. Some parts of comic book fandom have obsessed on Frog Thor for years, wondering if he’d join the MCU. Those weirdos may be in business, as Gator Loki is now canon. I mean an actual alligator with a Loki crown.

The other, more human, members of this group are Kid Loki and Classic Loki, the latter of whom indicates the identity of Richard E. Grant. We’d known the character would appear in some episodes, and some had speculated he’d play Loki. So, they were…kind of right?

Also, the credits indicate a fourth Variant goes by Boastful Loki. This one appears to wield Mjolnir, which raises oh so many questions. We’ll find out a lot more about these characters next week. Until then, the current Loki count is up to six. That’s all, right? I was nervous about having two of them.

Stating the obvious, this episode would have warmed the heart of even the chilliest Frost Giant. It’s an A+++++. Let’s have more of this for the final two episodes!