Planet of the Apes is Returning to Marvel Comics

One of the biggest film franchises of all time is now returning to the comic book medium at the publisher that had brought them there so long ago, as Marvel announces Planet of the Apes is coming back to Marvel comics.

There are few film franchises that have had the overarching impact and far-reaching capabilities of the Planet of the Apes. Coming 2023, Marvel has announced that Planet of the Apes is returning to Marvel comics, to be adapted with all-new storylines and adaptations within the legendary franchise.

A Science fiction world that has been present and thriving for over five decades of films, television shows, and comic books, Marvel has now returned to bring the latter back to Planet of the Apes fans. Although there are no updates for Marvel to share on specific details on upcoming comic book runs or reprints, Marvel sharing this brilliant teaser by artist Salvador Larroca. Marvel Editor in chief C.B Cebulski commented on the newly announced endeavor, stating, “We’re thrilled to welcome Planet of the Apes back to the house of ideas!

Cebulski continued, “The new saga in the pipeline is going to explore the limits of what this beloved franchise has to offer through bold comics storytelling, and we look forward to setting foot on this new adventure.” 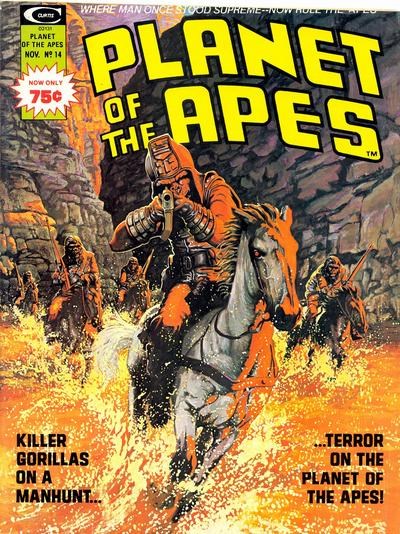 The Planet of the Apes franchise is yet another major and beloved film franchise that has been adapted and embraced by Marvel publishing.

There is a lot of curiosity already raised from fans as to what this new collaboration could entail, with many pointing to what Marvel and Star Wars have accomplished to what they can expect.

Tags: ComicsmarvelPlanet of the Apes