In the most recent episode of What If…?, made available for streaming on Disney+ on Wednesday, September 1st, 2021, viewers got to find out the consequences of a (somewhat different) dire disaster in “What if… Doctor Strange Lost His Heart Instead of His Hands?” 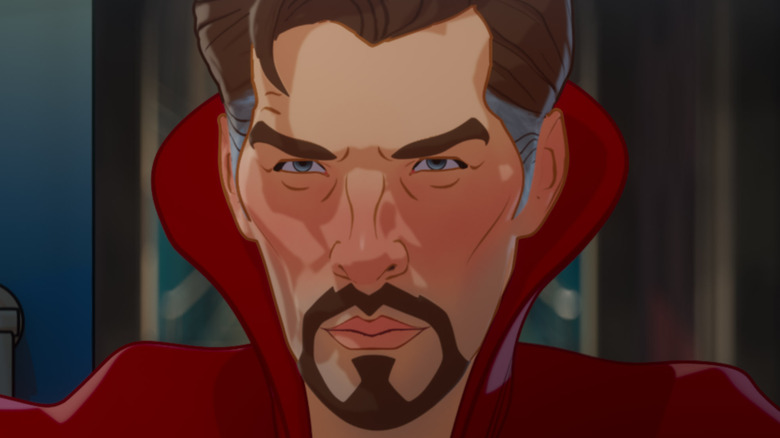 Doctor Strange in Marvel Studios’ WHAT IF…? exclusively on Disney+. ©Marvel Studios 2021. All Rights Reserved.

If you haven’t yet seen this episode and wish to avoid spoilers, then take a portal to another dimension and leave this site now! We’re serious!

“What if… Dr. Strange Lost His Heart Instead of His Hands?”

In this episode, we saw what would have happened if the car accident that injured Dr. Stephen Strange’s hands had instead killed his lover, Christine Palmer.

While it was pretty brutal to see Christine die over and over again, it was neat to see the four major members of 2016’s Doctor Strange cast reunited! Stephen Strange was played by Benedict Cumberbatch (and I can’t say I was surprised he voiced Strange in this episode… after all, I’ve already written about how much I enjoy his voice acting elsewhere, and this kind of dark story seems right up the actor’s alley). However, it was also nice to see that Christine was once again voiced by Rachel McAdams, who we haven’t seen in the Marvel Cinematic Universe since 2016’s Doctor Strange. While we have seen the Ancient One (Tilda Swinton) more recently, in 2019’s Avengers: Endgame, she only interacted with Bruce Banner (Mark Ruffalo) during that movie (Strange was sort of… you know… blipped).

And finally, stealing any show he appears in, we had Wong, played once again by Benedict Wong. Have you had a chance to see the latest episode of What If…? on Disney+? Has it inspired you to re-watch Doctor Strange as you wait for next week’s episode?