The KAIJU Are Released in Trials of Ultraman Trailer

It’s time for your first look at the forthcoming series from Marvel Comics, The Trials of Ultraman by Kyle Higgins (writer), Mat Groom (writer), and Francesco Manna (artist), coming next month to a local comic book shop near you!

Marvel Comics recently shared a teaser trailer that features exclusive artwork from The Trials of Ultraman. After the character’s hit debut in the Marvel Multiverse in The Rise of Ultraman, the thrilling continuation of the Ultraman story is finally launching on March 17th, 2021.

For other Ultra-Series fans out there, if you want to know more about the upcoming series, check out the trailer above before reading on.

The Trials of Ultraman

In the latest Ultraman series, the kaiju have escaped their cage and only one person can save humanity from these unstoppable monsters. The new series picks up where the last one ended, after the battle with Bemular. Although Ultraman managed to save the world in The Rise of Ultraman, now come the consequences for his heroic actions.

Earth’s greatest defender will face his greatest challenges yet in the latest series. In the Marvel Comics announcement for the series, Higgins and Groom explained:

In THE RISE OF ULTRAMAN, we had to create a whole new universe (built on the powerful concepts and characters of the original television shows). Then, in the final issue of RISE, we turned that world upside-down. Now, in THE TRIALS OF ULTRAMAN, we get to really explore this new universe – the consequences of decisions made in RISE, and the possibilities (as well as tensions) of a newly-fantastical global community. The introduction is over… now, we’ll be diving into the real meat of our Ultraman saga. And the stakes and scale will only continue to grow. And if you’ve been following Marvel Blog, then you know that I like to put my personal wishes into my writing (because this writer fully believes in the power of putting your dreams and goals into writing). So hopefully, as the new world expands, readers will be re-introduced to Ultraman Blu.

Here is a sneak peak at a couple of the pages from the first issue of The Trials of Ultraman, coming to stores March 17th, 2021. 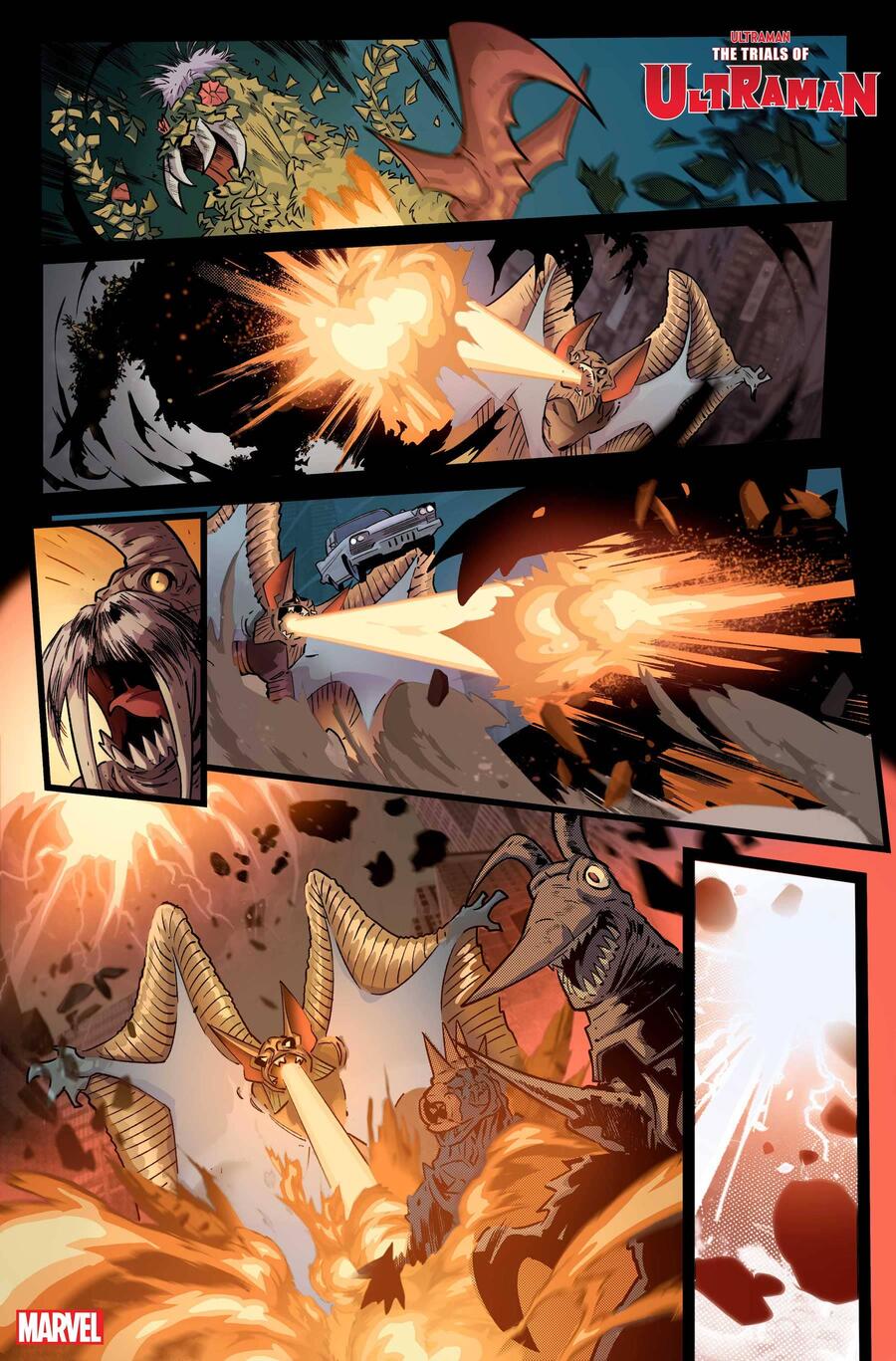 Again, The Trials of Ultraman will hit shelves on March 17th, 2021. Are you ready?