Class is back in session for Loki Academy, Marvel Blog Untrue Believers! In honor of #LokiWednesday, we’re checking out another, other guide to the trickiest sorcerer in the MCU, Loki! HiddleStans, let’s get dangerous! The Guidebooks to the MCU

As those Marvel Blog Untrue Believers who have previously enrolled at Loki Academy are already aware, the Guidebook series gives you an encyclopedic look at the world of the MCU.

Based on the superb Official Handbook of the Marvel Universe comics, which consolidate facts about the characters of the 616, these Guidebooks give you summaries of MCU movies as well as fun facts about the heroes that live within them. Previously, we’ve covered the guidebooks for Thor and Marvel’s The Avengers, so now it’s time for the next entry in the series: the Guidebook to the Marvel Cinematic Universe – Marvel’s Thor: The Dark World. HiddleStans, read on! This is the best college course you’ll ever enroll in, and it doesn’t matter how many timelines and dimensions you jump through!

As eager Loki fans already know, the Disney+ show begins after Loki’s timeline splits after the Battle of New York.

One of the most important things to remember about The Dark World film is that, from the perspective of the Loki (Tom Hiddleston) in Loki, THIS point in history is where the God of Mischief’s character is at in the timeline! As we learned in Avengers: Endgame (2019), Loki picks up the Cosmic Cube and exits the timeline just after the Battle of New York, which took place in The Avengers.

In the prime timeline, Loki was brought back to Asgard to be incarcerated for all eternity. 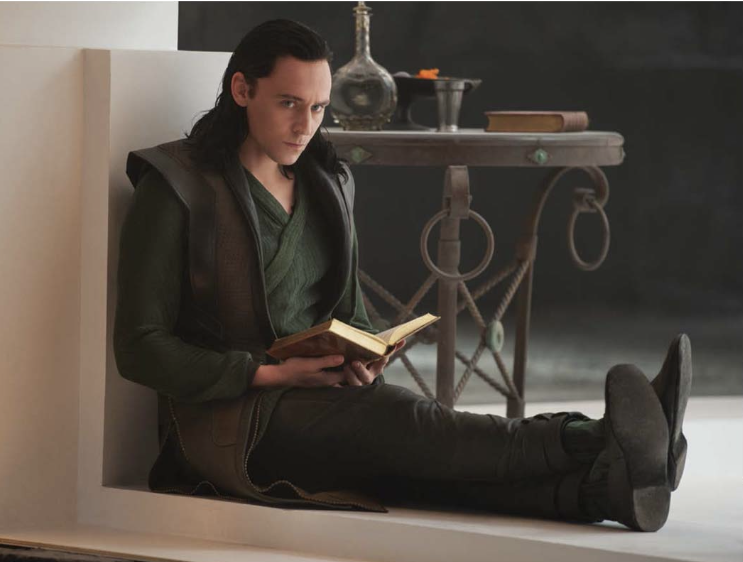 However, Loki begins at this same chronological point as The Dark World, except instead of going to prison on Asgard, Loki uses the Cosmic Cube to escape… somewhere! AND some-when!

For this reason, the Loki we met in The Dark World is in some ways most similar to the Loki we’ll be following in Loki (don’t worry if you’re a little confused right now – that’s time travel for ya). The takeaway here is that we simply cannot trust this Loki Variant!

Consider: in The Dark World, we see Loki impersonate Steve Rogers (Chris Evans) in order to manipulate his brother Thor (Chris Hemsworth). And later in the narrative, Loki even fakes his own death, allowing Thor to believe his brother has died tragically but heroically.

Bases on this new information, does it seem like the Loki Variant will be easy to control for Mobius M. Mobius (Owen Wilson)? We don’t think so either, Marvel Blog True Believers!

If you want to get a look at the Guidebook to the Marvel Cinematic Universe – Marvel’s Thor: The Dark World, it’s available for you to peruse at your leisure on the Marvel Unlimited App. Let us know what you think in the comment section, and remember: you don’t want to be tardy for the next class session here at Loki Academy!