In a Tweet sent on Monday, August 23rd, 2021, the official Marvel account unveiled two new posters for the upcoming episode of What If…?, featuring two of our favorite Avengers/SHIELD agents, Nick Fury and Black Widow!

What If Poster SHIELD Edition

Featuring Nick Fury and Black Widow, these posters are not so dramatic a departure from the more familiar versions of the character as we have seen from some of the previously released posters. For example, one look at the Captain Carter poster and you know that this is a distinct incarnation of Peggy Carter (Hayley Atwell)! 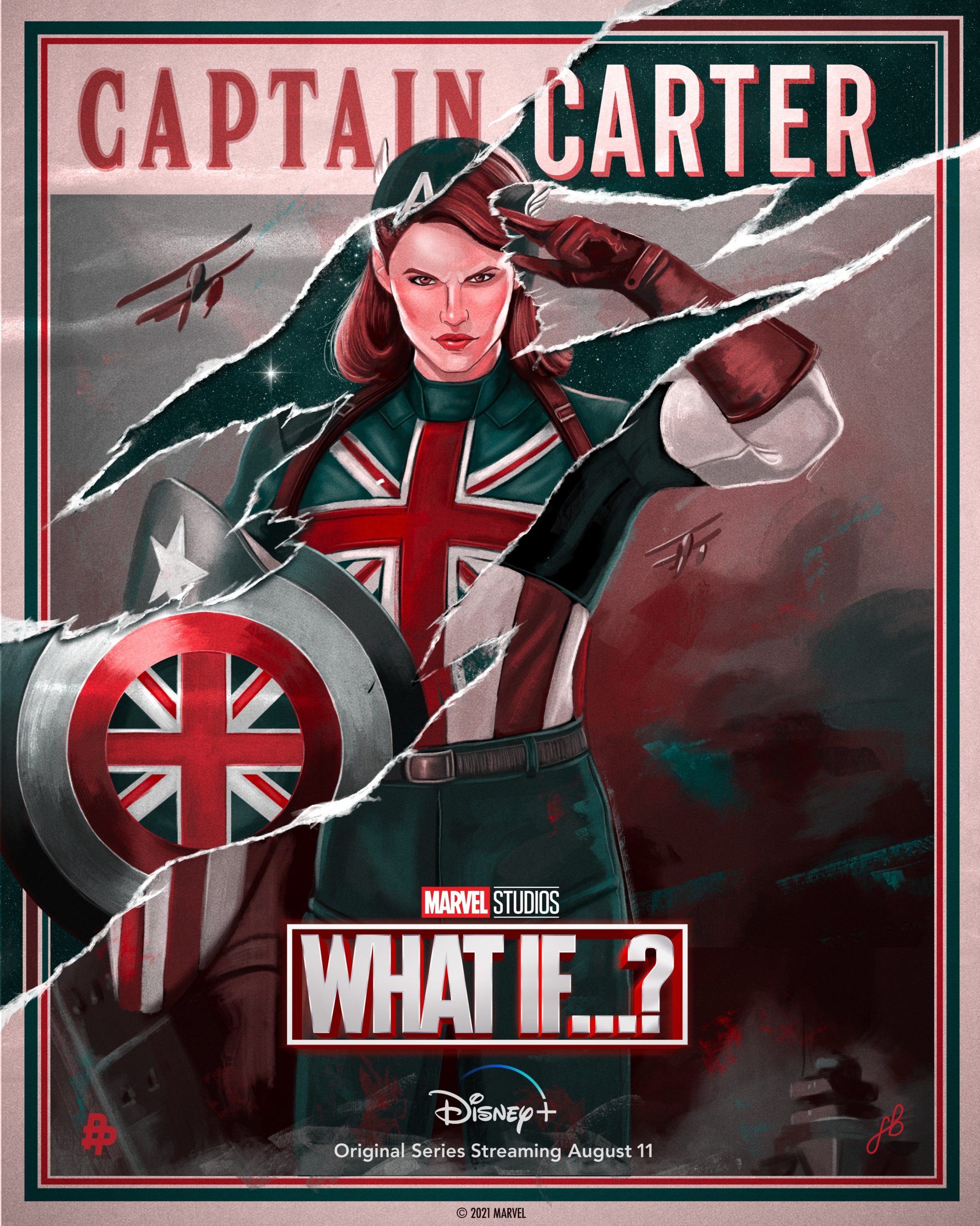 However, Fury and Widow do not look so different from their previous on-screen appearances in this pair of posters.

Eagled-eyed Marvel Blog True Believers will recall that we’ve already seen Fury on-screen in What If…? At the conclusion of the first episode, “What if Peggy Carter were the First Avenger,” we got to see Fury and Hawkeye greet Captain Carter as she arrived in the modern era. In case you’re wondering, that version of Hawkeye also looked like the one we’re most familiar with thanks to the Sacred Timeline of the Marvel Cinematic Universe, just like this incarnation of Fury and Widow. But remember, Marvel Blog True Believers, looks can be deceiving, and perhaps something very different is afoot in the stories of these familiar-looking heroes! Is it possible that Captain Carter and T’Challa as a Star-Lord will team-up thanks to the efforts of this version of Fury? We’re waiting to look over the Watcher’s shoulder and find out!

We’ll have some answers when the next episode of What If…? arrives for streaming on Disney+ this Wednesday, August 25th, 2021.

Which of the two episodes that have aired so far was your favorite, Marvel Blog True Believers? Let us know what you’re thinking in the comment section!