Each year, we celebrate National Comic Book Day on September 25th. Today we honor the genre that brought to life some of our favorite stories and characters.

What is National Comic Book Day?

National Comic Book Day is celebrated each year on September 25. The genre doesn’t just include the funnies in your local newspaper, but also full length books, graphic novels, and even movie adaptations. As the name suggests, comics were first humorous in nature, but the creators quickly found that visually telling stories could apply to any genre. Comics have grown to include a wide array of stories and fans.

Superman first flew into the hearts and minds of young readers in 1938. Creators Jerry Siegel and Joe Shuster ignited the Golden Age of Comics. They established the superhero archetype and changed history forever when they called upon the Man of Steel to save the day. 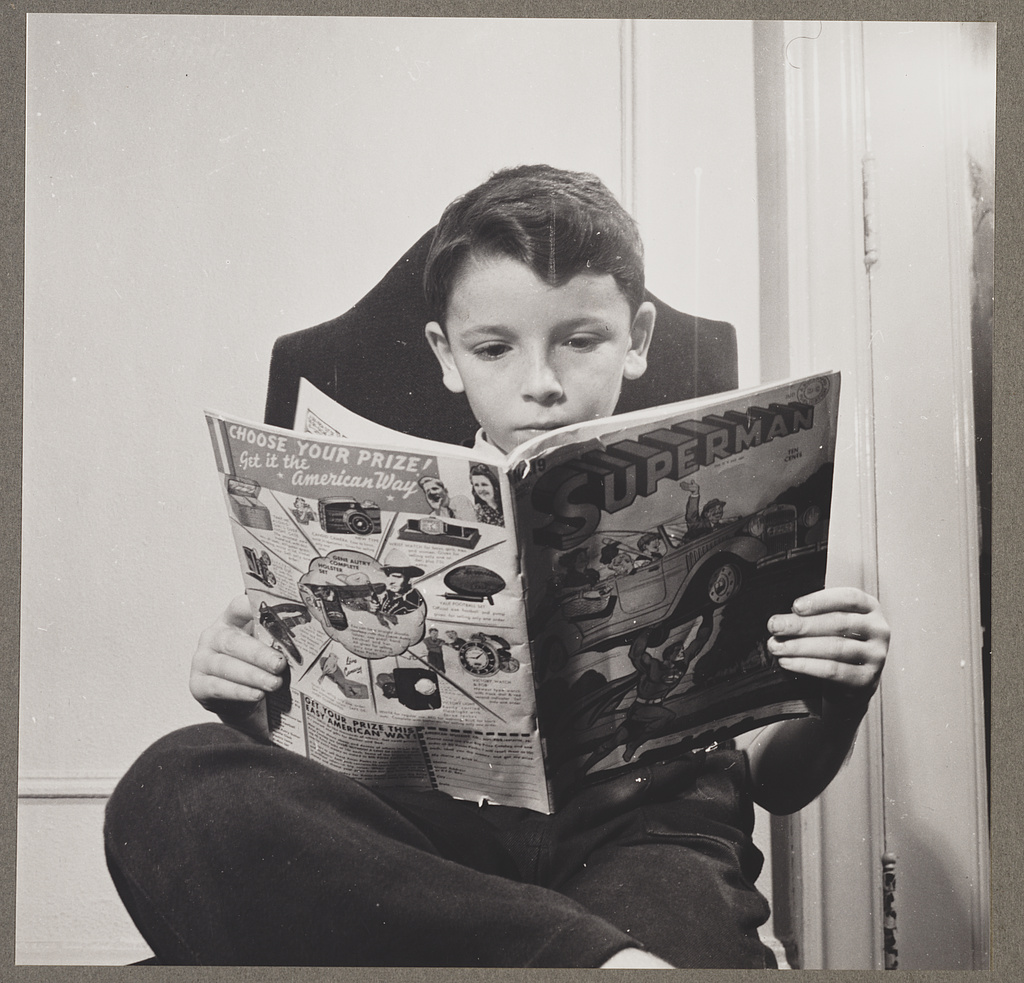 During scary times, Historian Michael A. Amundson says that comic book characters helped young readers grapple with their fears of a nuclear war.

The Golden Age of Comic Books began in the 1930’s with the introduction of the new genre.

The Silver Age ran from the late 50’s into the early 70s and is defined by the successful revitalization of super hero characters. During this age, Marvel Comics revolutionized the medium with more relatable super heroes like the Fantastic Four and Spider-Man.

Darker plot elements and storylines mark the Bronze Age of Comics, which runs roughly from the early 70’s to the mid 80’s. Comics took on relevant and tough issues like racism during this time. The Modern Age of Comics began in the mid 80’s and continues through today. One thing that makes this age stand head and shoulders above the rest is the exponential growth of the fandom. Since Marvel Studios began creating fantastic feature films, the fandom has exploded.

How are you going to celebrate National Comic Book Day? Read a comic, have a mini Comic-Con, draw your own comic, or check out the new comics coming on the Marvel Comics app!