In Extreme Carnage: Riot #1 by Alyssa Wong, Fran Galán, Jim Campbell, and Ariana Maher, with a main cover by Skan, we begin to see the shape of the plans Carnage has for the Symbiote hive… and it doesn’t look good, Marvel Blog True Believers! Who in here tryna start a Riot?

The book opens with a little update about what’s been going on with Senator Krane, the head of the Friends of Humanity, a bigoted political organization that wants to ensure Earth is just for Earthlings. However, that’s mostly set-up for the climax of the series, as this issue primarily focuses on Anti-Venom and Silence in one plot thread, and Carnage and Riot in the other (with some really arresting art to showcase the characteristic differences between the two symbiotes). The first subplot is interesting, and moves the overarching story along: you’ll learn more about Silence and find out just how she’s different than Scream. 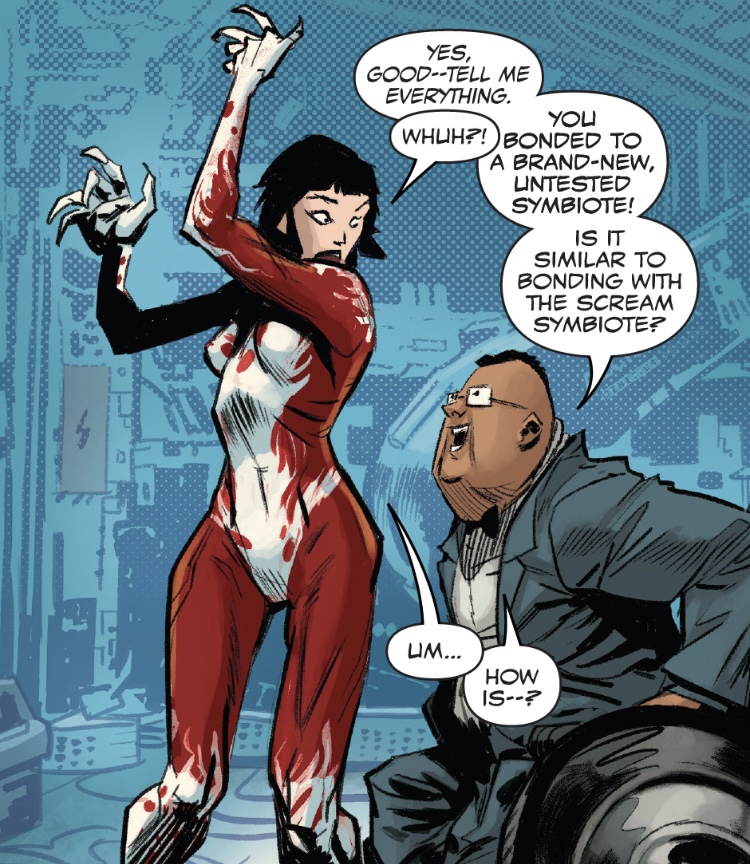 Throughout this issue, the lettering done by Maher ensures that you can keep track of who is speaking, even when the narrative is rapidly cutting back and forth between these two subplots. Will you be picking up Extreme Carnage: Riot #1? What do you think is in store for the Symbiote Hive in the next few issues of this crossover event? We’re waiting to hear from you in the comment section, Marvel Blog True Believers!