No, that wasn’t a dream. Yes, Amy Pascal, the former head of Sony Pictures, just confirmed another Spider-Man trilogy.

You’re probably thinking, “Oh, she’s not at Sony now. What does she know?” Well, Pascal’s current gig is as a producer…on the Spider-Man series. From the reporting that happened afterward, Pascal probably accidentally said something she shouldn’t have here.

I fully expect that Sony wanted to save this announcement until after Spider-Man: No Way Home was out in theaters.

Why would Sony prefer to wait? Well, Spider-Man: No Way Home appears poised to be more than just the biggest movie of the pandemic. Early ticket sales for this film hint that it could be one of the biggest opening weekends ever.

Anecdotally, I purchased tickets for a December 16th screening the day that tickets went on sale.

At 3 p.m. my time that day, the theater was 80 percent sold out. Widespread reports suggest that major metropolitan areas played out this way as well. Most of the largest theaters in the country have tracked massive amounts of Spider-Man presales.

Deadline stated that Fandango has tracked the most presales since Avengers: Endgame. That’s unprecedented territory for the past two years. So, I understand why Sony wanted to make a bold celebratory proclamation about the Spider-Man franchise at a later date.

Still, most fans don’t follow the trades and won’t know what Pascal said. When the time comes, pretend to be surprised! Anyway, the essential part of the story is that Tom Holland has extended his contract for at least three more films.

Also, Sony has indicated that all the titles will remain part of the MCU. Ergo, we can conclude that Sony and Disney have extended their deal, too.

Sony and Marvel spent the entirety of 2021 keeping secrets about the upcoming Spider-Man movie.

Now, they’re starting to dole out new information via trailers like this one:

Hi TikTok 👋 Welcome to The Daily Bugle! Follow us for breaking news on Spider-Man you can’t get anywhere else.

Tell us you hate Spider-Man without telling us… (even if you don’t actually hate him).

Marvel Comics had taken a similar approach with a character named Ben Urich, who worked for The Daily Bugle and Front Line.

So, they’re recycling a previous idea by modernizing it with a TikTok approach. I’m guessing Ben Urich doesn’t know what TikTok is.

Anyway, Tom Holland even got into the act of discussing Spider-Man rumors.

Holland also explained in a GQ interview that Elizabeth Olsen gave him some splendid advice. I love that the MCU actors are such good friends.

I’ve got one other tidbit about Spider-Man’s early box office performance. Struggling exhibitors have faced cash crunches during the pandemic.

Some of them are declaring on social media that Spider-Man’s strong sales are saving their 2021 business overall!

Following up on a report from two weeks ago, Cobie Smulders has confirmed that she’s performing in Secret Invasion. Again, the last time we saw Fury, he was working (vacationing?) on a Skrull ship. Meanwhile, we haven’t seen Hill since Thanos turned her to dust.

Early reports have indicated that Marvel envisions Secret Invasion as the Disney+ equivalent of Avengers: Endgame.

At the very least, it’s Captain America: Civil War. So, this project is probably the most significant Disney+ release over the next two years. Disney had previously cast Olivia Colman and Emilia Clarke to join existing Marvel players. The budget for this series must be ridiculous.

We also learned a bit more about Agatha: House of Harkness, and some of it came straight from Kathryn Hahn’s mouth. The actress hilariously mentioned that she learned the show’s name at the same time as everyone else. Nobody at Disney/Marvel told her ahead of time!

The always delightful Hahn appeared on Drew Barrymore’s talk show to talk about the craziness of her life right now. You can watch it here:

History is already repeating itself with Agatha’s new series. Rumors abound that Mephisto will play heavily into the upcoming Disney+ series.

If that sounds a lot like two months of WandaVision debates at the start of 2021, it should. Will Disney give the people what they want with Mephisto this time? Unfortunately, we won’t find out until Agatha: House of Harkness debuts in 2023.

By the way, Agatha All Along got nominated for a Grammy!

Some Marvel projects have suffered delays recently. One shoot has gone better than anybody could have expected, though.

The Marvels has wrapped principal photography, something the cast celebrated. Here’s a tweet about it:

Yes, that image indicates a 160-day shoot, which old-school Hollywood folks would describe as Kubrickian.

Another story has caused some skepticism for me. Reports suggest that Eternals will debut on Disney+ on January 12th, 2022.

Since Disney could show the film as early as December 20th, I still expect it to be on the service by Christmas Day.

In more believable news, Variety did a deep dive on the importance of Marvel to Disney+. The results are pretty stunning.

In a survey among Disney+ subscribers, roughly 64 percent indicated that Marvel programs were essential to their purchase. Yes, nearly two out of three Disney+ subscribers wouldn’t use the service if not for Marvel titles.

So, I think it’s safe to expect plenty more Marvel series coming to Disney+ over the next few years. After all, Disney knows those survey results, too.

By the way, some sites have reported that Hawkeye’s early numbers have disappointed, according to Samba TV data. I like Samba as a service and have had lovely conversations with them. However, I think their data isn’t reliable here due to the Thanksgiving holiday.

With so many people traveling and spending time with family, Hawkeye’s numbers should and apparently did look deflated relative to Loki’s numbers. 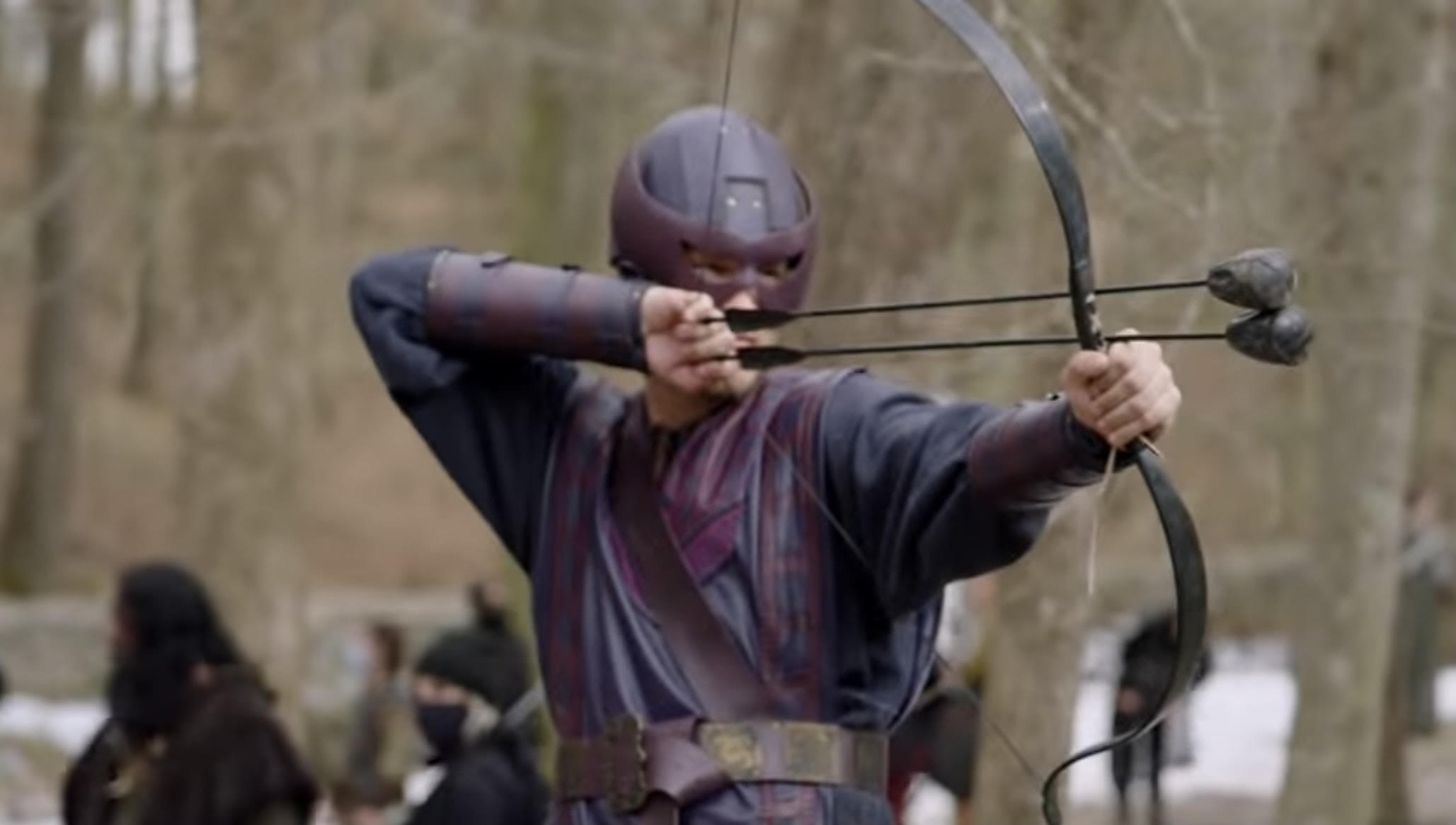 That trend probably won’t continue with future episodes. We won’t know for sure until Nielsen releases its streaming ratings, though.

Finally, Marvel’s official site offers two gems this week. Here’s a discussion about Pizza Dog. And here’s a Vevo clip of Save The City: