Welcome once again Marvelous True Believers! As usual here on weekends at the Marvel Blog, we’re going to have to remind you that there is some hot and fresh The Falcon and the Winter Soldier ready for you on Disney+!

If you still haven’t seen Episode 1 of The Falcon and the Winter Soldier, which was released for streaming on Disney+ yesterday, Friday, March 19th, 2021, then you’ll want to leap away from this page now… maybe check out who the stars of the show hope to appear alongside in future crossovers until you have a chance to catch the episode! But if you have seen the episode, you’re probably jumping with questions about a certain character cameo!

If the villain who Sam Wilson (Anthony Mackie) faced off against in the opening moments of The Falcon and the Winter Soldier episode one seemed familiar to you, there’s a very good reason for that – he’s Georges Batroc, also known as Batroc the Leaper! Batroc is portrayed by Georges St-Pierre in the Marvel Cinematic Universe, and he first appeared onscreen in the opening scene of 2014’s Captain America: The Winter Soldier, the movie that first introduced Wilson to audiences. Georges St-Pierre. But is he falling? I thought he was known for being light on his feet… Photo: Marvel

In Captain America 2, it was Steve Rogers (Chris Evans) who was fighting against Batroc, but in The Falcon and the Winter Soldier, it’s Wilson who faces off against the Leaping supervillain, creating an interesting parallel between Rogers and Wilson – just what could the pairing suggest…?

If Batroc has leapt into your heart, perhaps you’d be interested in reading more about him in the Marvel Comics universe!

Batroc first appeared in Tales of Suspense #75 (1966) by Stan Lee, Jack Kirby, Dick Ayers, J. Tartaglione, and Artie Simek, where he faced off against Cap after attempting to steal the Inferno 42 from a Marvel’s Agent of S.H.I.E.L.D. An Unbelievable Incarnation of Batroc 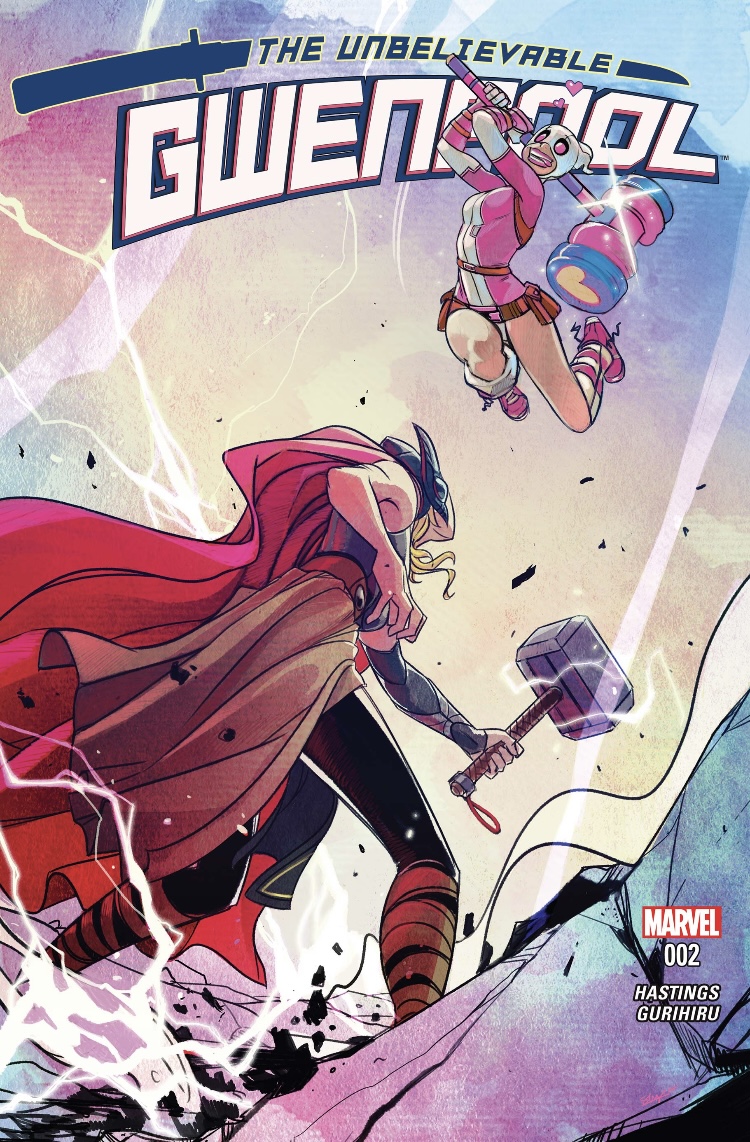 In that issue, the eponymous hero, Gwen Poole (no relation to Deadpool) has been conscripted into service as a henchman of M.O.D.O.K., which is where she crosses paths with Batroc.

Because Gwen is originally from our world, she immediately recognizes Batroc. Although she at first assumes he is something of a joke, she soon learns that things in the 616 are a little bit more complicated than they might at first appear to be.

While you will probably want to read all 25 issues of the series to fully appreciate the metafictional madness, Batroc gets a starring role in issue #24 by Hastings, Gurihiru, and Cowles. In that issue, he and Gwen have a conversation in which the character opens up in a surprising manner, giving deep insight into his role as a Marvel Comics character and super villain. Plus – this series is really, really funny! But you don’t have to take Marvel Blog’s word for it: you can read the whole series yourself on the Marvel Unlimited app right now (along with the other two comics we mentioned here). Leap into action, True Believers!

Will you be checking out these featured Batroc the Leaper comics? What did you think of episode one of The Falcon and the Winter Soldier? Marvel Blog wants to hear from you!